The goal of the Folk Race competition is to build a robot that can make as many laps as possible on a track in a maximum of few minutes, which is called a 'round'. The track could have different obstacles, it could also have different width, length and shape. The round is about 3 minutes.

A few rounds are played - generally 3 rounds of about 3 minutes each. The robot that has made the most points wins.

What is so special about Folk race robotics competition?

What we've seen with students from different ages is that the competition is a little more complex compared to others. It requires some construction and programming skills to make at least 1 successful lap in the right direction. You must use a couple of sensors that should detect the walls of the track and probably also try to detect the other robots. And there are other robots that could bump into you and could make your life a little harder.

There is a lot of math

To make the robot work, a couple of sensors should be used, some PID algorithms and a good program that involves math (which is actually another way of saying - "it requires some thinking" :) ). The math is not complex, but to calculate its position and where it should go next, the robot must calculate some percentages, differences and relations.

But we've also seen some more complex math - for example, quadratic equations for the Proportional part of PID could be used very well in this competition. This means that an 8-10 grader could have quite much fun experimenting with this competition. University students could have a lot of fun calculating integral and derivate parts.

Here are a few constructions that you could use: 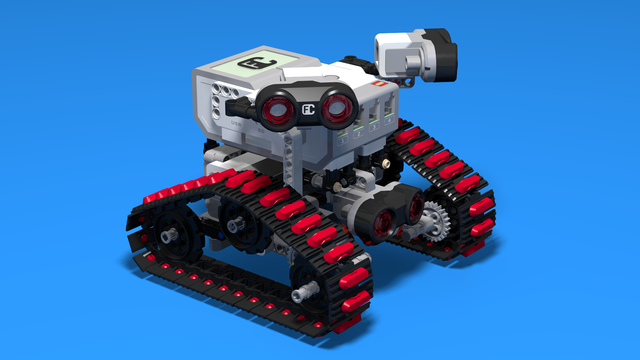