A program, that uses the Radarfrod robot to detect the speed of a moving vehicle. It has the following MyBlocks:

NOTE: The program contains my blocks, that will appear broken if you use any version before 1.3.0 of the EV3 Mindstorms Software 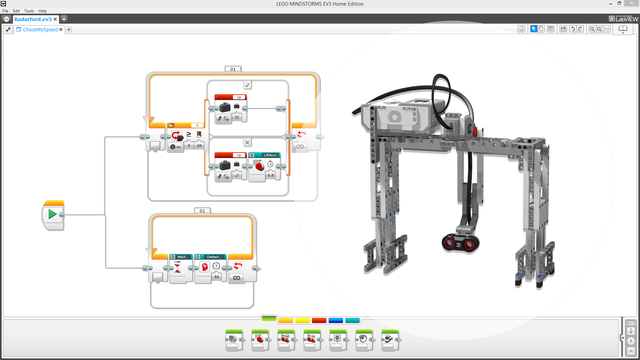 Straight at the end of the program - EV3-G program for returning to straight...