A program, that detects vibrations on the surface the robot stands. The program is designed for this SecurityPlate robot. 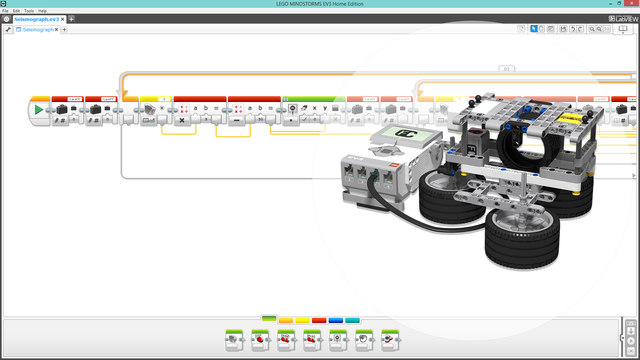 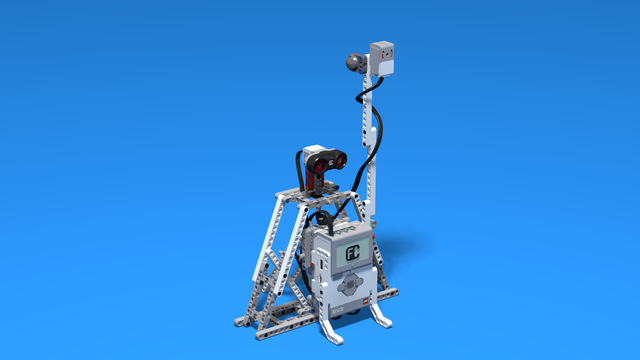 Have you noticed how robbers in movies often enter bank vaults right underground? How could you know someone is approaching the vault underground even before they have broken through the floor and entered the vault?

What is a seismograph?

What do you know about earthquakes? In fact, most earthquakes are so weak that we cannot even feel them. But how do we know they have happened?

An earthquake is the shaking of the surface of the Earth, resulting from the sudden release of energy caused by the movement of the Earth's tectonic plates. Scientists are greatly interested in earthquakes as they allow them to study the deep layers of the Earth without digging. The device which is used to detect earthquakes is very sensitive and is called a seismograph. Seismographs make a graphic of seismic waves and thus register earthquakes. They have a light and sensitive needle which reacts to vibrations from ground motions. The closer the earthquake, the stronger the shaking of the needle.

Similarly, we can use our robot as a seismograph. When the table on which the robot is located starts shaking, the distance between the plate and the robot sensor changes. In the next task we will exploit a ready-to-use block which shows the vibrations graph. However, we should first download the block and upload it in the program.