These are all the programs for the different robots. By visiting each program you could download and use it and see the Tutorials and Courses in which it is used. 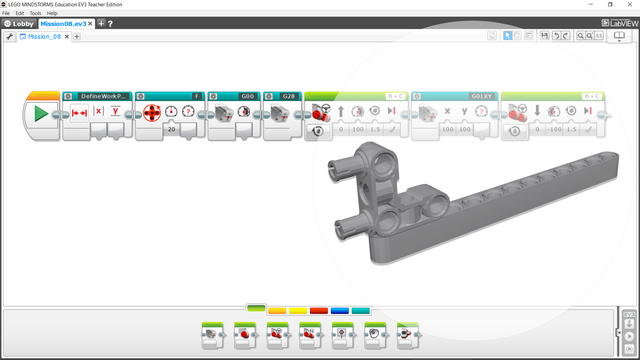 EV3-G program developer for the FIRST LEGO League 2019 City Shaper Elevator Mission. The robot calibrates the possible of the attachment and then moves forward and backward to complete the mission 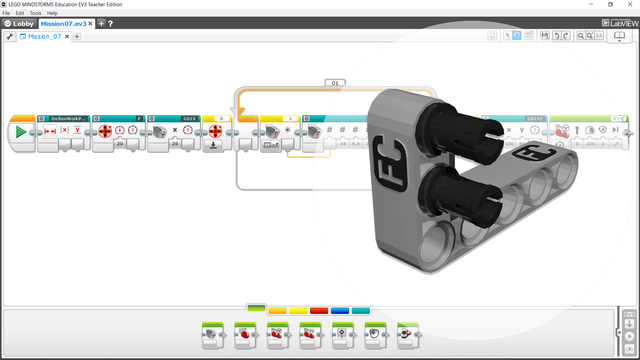 Program for the FIRST LEGO League 2019 City Shaper Swing mission. The attachment is attached on the robot and it we just start the program 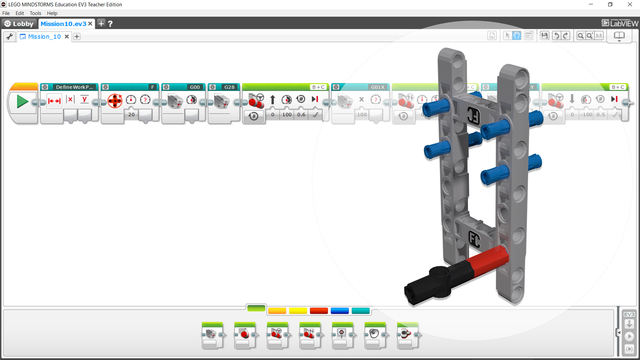 These programs are examples of programs that complete the tasks from the third lesson of 3.0 course. The programs are designed for the Vauld Door Robot.

You can find the Iqazator instructions here. This program allows the Iqazator to patrol the area, mainly by looking mean. It also allows it to stay hidden for a while and then perform a surprise attack.

The first one follows a line using one color sensor and detects if the robot has been pushed. Then it plays an alarm and stops the program.

The second program makes the robot go in a square, using the gyro sensor wait-change block. This makes it one of the easiest square solutions there is.

The third program makes the robot follow a direction. That is accomplished similarly to the linefollowing, but instead it uses the gyro sensor and always follows a straight line.

This project is for Gen - LEGO Mindstorms EV3 pedalo robot. The program makes the robot follow an imaginary school of fish. It utilizes the gyro sensor to turn the robot accurately, which is a hard task for this robot, because of its strange wheels. Also because of those wheels, the robot usually has a constant steer in one direction, which we correct using the steering block and giving it a steer in the opposite direction!

This program is for Uylam - LEGO Mindstorms EV3 Steamship simulator robot. It is made as a lesson, to automatically find the best position for a ship in stormy weather, relative to the waves. The program has two parallel threads. The first one makes the robot move until the gyro sensor detects less amount of shaking done to the ship. Because of all the shaking, the readings of the gyro are all over the place and thats why we made a My Block, which acts like a filter, so that the readings are more accurate. The second thread starts the storm, which is controlled by a Large motor.

NOTE: The program contains my blocks, that will appear broken if you use any version before 1.3.0 of the EV3 Mindstorms Software!

This program gives your robot few reactions to having its button pressed. All of those reactions are added in the "Random" program, along with a function trying to predict the press of the button. The robot instructions you can find here. 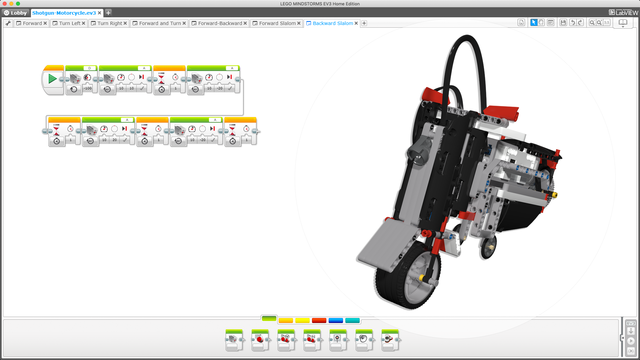 This is the program for the motorcycle Shotgun. 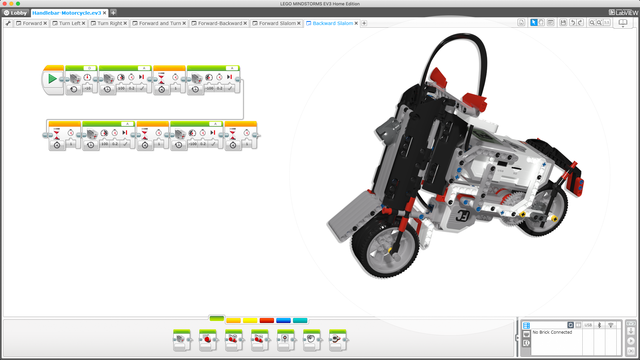 This is the program for the motorcycle Handlebar. 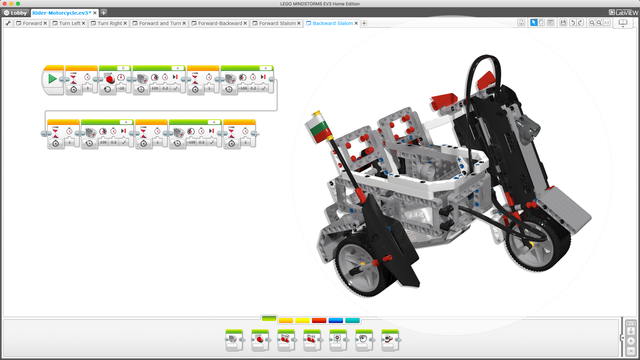 This is the program for the motorcycle Rider. 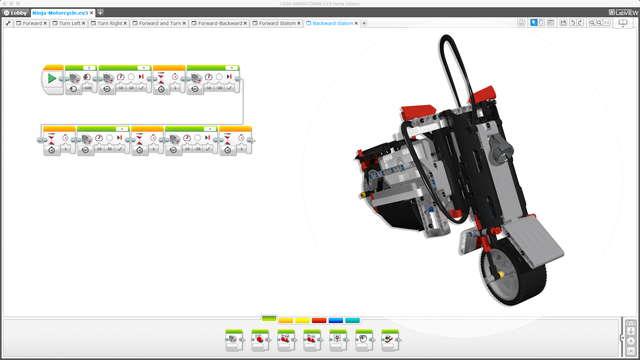 This is the program for the motorcycle Ninja.

The first one simply moves the robot forward and in the middle changes the sail position.

The third one makes the robot do the same as the second one, but now the following the direction of the wind is done with a 3-state program, which means that it has a state, in which the sails arent moving.

The block that constanlty increase the speed while turning. The goal of this is to reduce the acceleration of the robot when it starts turning so that no modules will fall.
There is only one input parameter in this block and this is the Angle on which you want your robot to rotate.

The program that Nightbeast team use for their first Run in FLL Into Orbit Challange. In this run they solve two missions:  SpaceTravel and Solar Panel .

The program that Nightbeast team use for their second Run in FLL Into Orbit Challange. In this run they tries to make missions M10–Food Production, M12–Satellite Orbits and Move the Cone Module to base. But this program should be upgraded.

The program that Nightbeast team use for their second Run in FLL Into Orbit Challange. In this run they еject the 2x4 Brick by placing a Regolith Core Sample into the 3D Printer, make the Crater Crossing mission and scores a meteoroid (shoot a ball).

The program that Nightbeast team use for their second Run in FLL Into Orbit Challange. In this run they Inserts the Tube Module into the Habitation Hub port on the west side, move all four Core Samples so they are no longer touching the axle that held them in the Core Site Model and place the Gas Core Sample completely in Base.