This is a tutorial with 10 runs - 5 of them are slow and 5 of them are fast and we measure how accurate the robot is each time. How consistent is it? Can it arrive consistently on a specific location on the field without the use of the sensors? The quick answer is - No, it can not. But let's see it life

In this tutorial we do ten runs. Ten runs to demonstrate the consistency and the accuracy of the robot when we move slow and when we move fast. We are using the LEGO MINDSTORMS Robot Inventor. Let's see how it goes.

Ten runs LEGO MINDSTORMS Robot inventor, we are moving slow, we are moving fast. First run is we move slow. Here is where the robot arrives. We can use this program to deliver something to reach a mission model on the competition. Second Run let's again try a slow run with moving slowly. Now, it's important, of course, to position the robot exactly in the same way before each run. But even if we try to position it exactly in the same way, you can see the difference between where the robot arrives and where we wanted it to arrive, like between the different runs.

And I hope that from this demonstration you get the sense of how accurate the robot is and to really have fun on the competition and to really manage to accomplish a lot of the mission, we need to stick to Sensors. We need to figure out a way to use the sensors because third run and the robot arrived at a different place. If there was a mission model there like this home, and we have to pick up this home, we have to reach from base to this home and it's not that far, it's a short distance from base to this mission model. Imagine if it was even further on the left and this will be much difficult to reach this mission model. But now here the phone is quite near. We start with a slow program and now if we had to pick it up, probably the attachment would have missed it.

As you see, we are very cautious when we place the robot in the base because we really try to position it in the same place every time we move forward and we arrive at different positions. These are five runs. Five runs with moving slow. The next five are with 100% power. So let's take the robot, let's put 100% on the motors and let's try to move really fast. And you can see the difference. It's a difference of about 10 CM or something about four or five inches when we are moving fast. When the robot is moving fast, it makes a lot of mistakes. It sleeps, it doesn't stop. There is an inertia there. There are so many different things that could happen when it is moving fast and error that could occur that it's never a good idea to move fast, especially when there is a turn. Especially when there is a turn. Second run we arrived at a completely different place.

Again, completely different place. And it's not only in the robots. This challenge in this particular robot, like most kind of robots, will behave in this way. It is practically impossible to know where you are without proper use of the sensors. Now you see that we kind of arrived very close to where we are, which means that the robot is not bad. The wheels are not bad, the motors are not bad. It could arrive at the same place, but most of the time it won't. It will arrive at a completely different place. What you should do now is try to replicate. Try to replicate this behavior and try to experiment to see for yourself with the students, with the team. Try to experiment and see where the role of see you in the next tutorial. 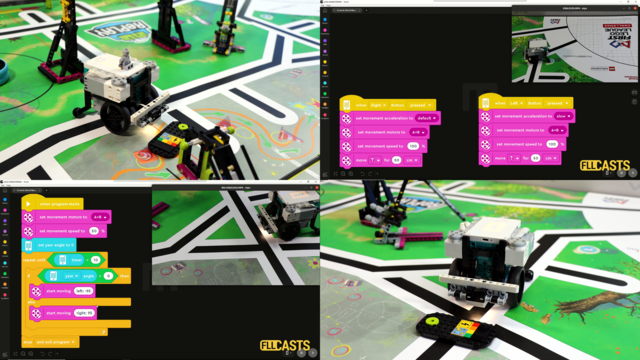 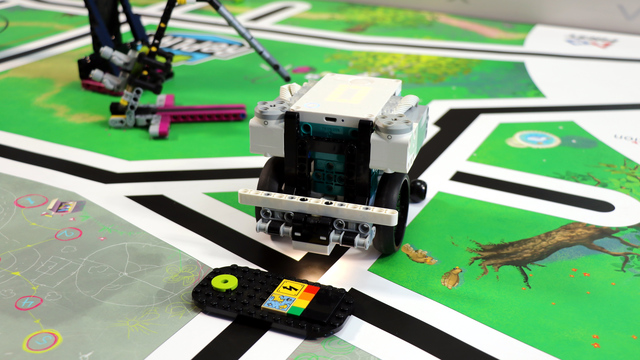 In this video tutorial we use a LEGO MINDSTORMS Robot inventor robot and we do an experiment and a demonstration with it. We demonstrate what is the difference in the consistency and accuracy of the robot when we move slow and when we move fast. For FLL, WRO competitions there is always this balance between moving fast and moving slow. 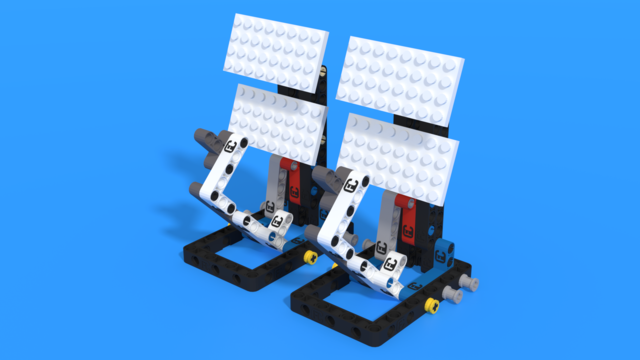