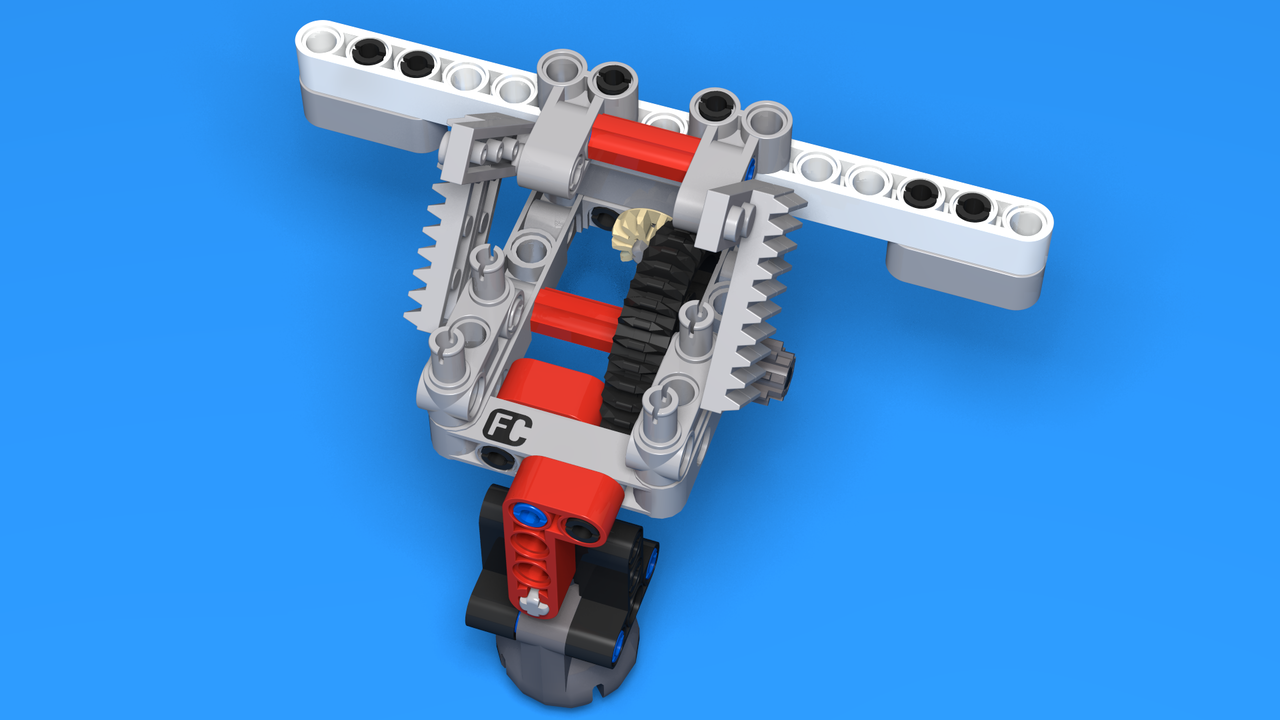 Extend the previously build attachment for the FIRST LEGO League (FLL) Nature's Fury competition so that we can move the Truck and Ambulance up and down. 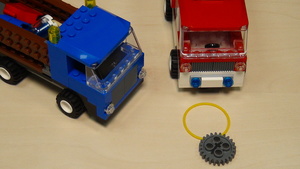 In the final video we explore how to trigger the release of the attachment with just a rubber band. The release is triggered with a gear wheel that rotates in a specific way. This saves speed, does not require additional LEGO Mindstorms motor and is precise enough for a competition. 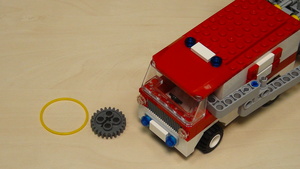 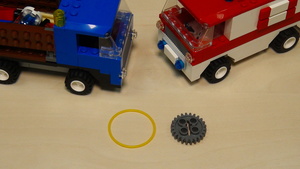