FLL 2020: 10 out of 10 on how to accomplish the Bench mission with LEGO Mindstorms Robot Inventor Pro Preview

The bench mission was a video tutorial that we recorded several times. It was really hard to get it 10 out of 10. The reason was the shear complexity of the mission. There are three things that should happen in this mission at once which was extremely difficult. What you will see in the tutorial is how this attachment behaves

The attachment is from a single set of a LEGO Mindstorms Robot Inventor set. Along with the robot you can build them without any additional parts.

Move, push on the bench, the bench falls. And we leave all the four boxes on specific places on the field. How do we do this? The principle is that we lock the boxes. There is a locking mechanism. You can see the building instructions for this attachment. And in the building instructions, you'll see that there is a locking mechanism right beneath the boxes. This locking mechanism, when the attachment is locked, it prevents the four boxes to drop. When we move forward and when we push on the attachment, it will unlock and it will lock in a way that all the four different boxes will fall in specific places. It's a very common mechanism in engineering, and it's very interesting. You keep something clocked and you push unlocks because of gravity. Nine out of ten. That's ten out of ten. Run.

Let's run it a couple of more times just to make sure.

This is our third or fourth try of building such an attachment. So it took us some time to figure out the correct attachment that we want. But I think that you can see it was worth it. 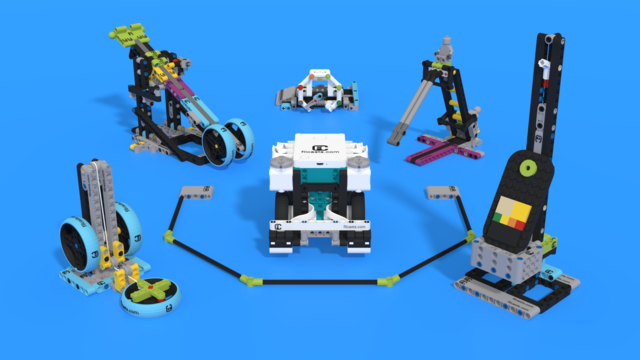 This course presents Solutions and Review of the FIRST LEGO League 2021 RePlay competition and it uses LEGO MIndstorms Robot Inventor as a base. It is a mirror course to the LEGO Education SPIKE course for the same competition. For each mission in the competition the course contains the rules for the mission, a tutorial how to accomplish it, instructions for the robot that is used and instructions for the attachment that is used. Every lesson also contains a Scratch and a Python program for accomplishing the mission and of course a 10 out of 10 tutorial that demonstrated how reliable the approach is. Upon completion of the course you will have many new ideas about how to approach mission on every FLL robotics competition and how to help your team score more points. 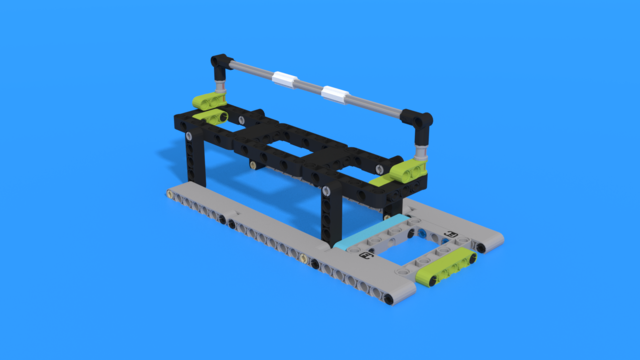 The bench mission was one of the most difficult we've encountered, especially when it comes to accomplishing the mission reliably. The goal of the mission is to push the bench down, lift part of it and leave 4 boxes at specific places. The whole concept of the mission is awesome. Here is how we did it: