Introduction. Go forward and turn around.

In this video I am building the five minute robot from LEGO Mindstorms and I am doing a short introduction on how to make the robot move forward and turn around. Throught this series I will be using mostly NXT-G as a programming environment.

The LEGO Mindstorms is a wonderful set with which you can build many robot constructions.

Instructions for building the five minutebot used in the tutorial. 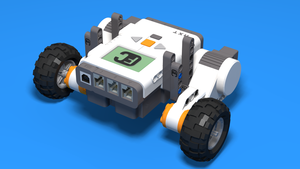 Go Forward Turn Around Go Back With One Motor

Example of making turn using only one motor 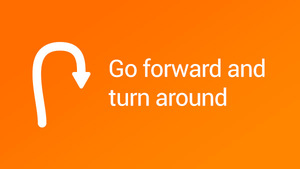 Program, that makes your robot move in square.

In this video I am going to build the five minute bot then I will show how to program the robot to move forward and turn around After exactly five minutes :) I am attaching the cables. Port B for left motor and port C for right motor. I have already start NXT-G I am draggin the move block and configuring its power You can see the robot moving forward My next step is to configure turning In this concrete video we will be using the steering slider I set the duration for turning to 3.2 seconds I am adding another block because I want to make the robot return to me You could see the robot moving forward, turning around and returning Later on I will need the ligth sensor There are a number of ways we could make the robot turn Exccept with the steering slider we could make the robot turn By turning on/off one of the motors The duratin for during is about a 6 rotations Now the robot is turning with only one of the wheels As a final for this video I would make the robot move in a square For this I need to move forward and then turn around I would make the robot move in square by just repeating the steps Of course there are many ways to do it, including loops but I will leave this for one of the next videos I am also deleting the last turn and then downloading the program.