What is 1D games? How they differ from other games?

Nowadays everybody plays games and they are more or less similar, their game plays are different, with different stroy lines, but at the end of the day they look similar. That's because almost every game tries to simmulate our "3D" world. Another type of games are those like "Snake" or "Minesweeper" which are not so cool, but are sill interesting and somehow addictable.But there is also another type of games, not so casual as the 3D games and even more interesting than the "Snake". They are called 1 Dimensional games. Very often, they are played not only on the screen of your home computer or laptop, but also on some simple hardware which is more colorful and shiny than your screen.

There are many theories about the dimensions, the most popular is "The String Theory", which says that there are 11 dimensions. Because of our brain funcion and our eyes for now we can see only 3 of them. Conditionally they are called "Lenght", "Height" and "Depth", but everybody knows them as "X,Y,Z Dimensions". They represent the 3 axis on which we can move one "3D object".

So we play 3D games, and every object in that games has it's own x,y,z coordinates. But they are displayed on only two dimensional screens. And we want to show something in only one dimension, so we have to represent it in only one line. The easiest way to do that is to display it on a LED Strip. 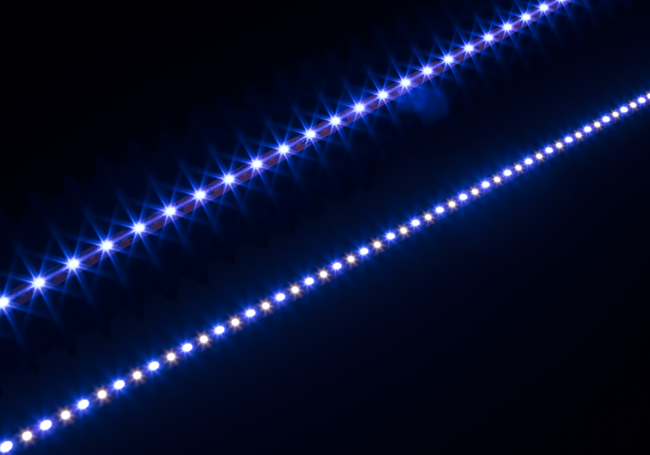 In the new package we have prepared for you LED Strip, power adapter and a plug-in connector. From the previous module we will reuse the Raspberry Pi, the power bank to power the Raspberry and of course the micro SD card with our OS. You can choose how to reuse the Raspberry, you can remove it from the car, and use it as a simple board. Or you can connect the LED Strip to the Raspberry which is on the car. You don't have to install any additional software. Everything is already preinstalled on your system.

Communication and Format of messages

Controlling the LED Strip from the server

Communication between phone and Raspberry

Controlling the LED Strip from the Phone