The programs are designed to be used with Mintonet - a LEGO Volleyball robot.The project consists of several programs:

Scratch (Word Blocks) program for follow a line and stop at an intersection...

Example solution for the tasks in lesson 5 of course 4.5

Scratch (Word Blocks) program for follow a line and stop at a second... 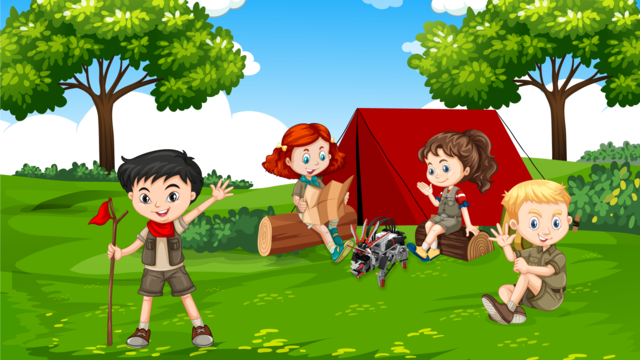 FLLCasts 5 day summer camp is designed to engage students in STEM in a fun and entertaining way. The theme of the course is cooperation. Students will not only be introduced to the great world of robotics, while having a lot of fun, but they also have to work with other teams. This will be beneficial for their soft skills. During the 5 lessons students will build 5 different robots. From playing volleyball with robots, through playing the telephone game till launching paper planes!

Note that the course is still under development.

Here is Mintonet. The robot is created to be used in pairs, but you can also build just one and practice your shooting with a box. The robot works with plastic balls between 5 and 7 cm. Using the ultrasonic sensor it can detect either its partner or a box and then it shoots. How many balls can you score?