You should already be acquainted with creating numeric variables, how to set their initial value, and how you can use them, but the main function of the variable is that it varies.

Here, we'll show you how you can change the value of numeric variables using two different syntaxes.

The math operators in equations that we can write in python are written using the following symbols:

There are other math operators that we can use, but these are the essentials.

Here's an example of a program, where the "speed" variable has a value of 100 on the first line and then we add 200 to it on the second line:

The addition demonstrated in the examples above "speed = speed + 100" can be written as follows:

When we write a math operation right before the "=" character, Python executes this mathematical operation using the variable, whose value we want to change. The same can be applied with any math operator: 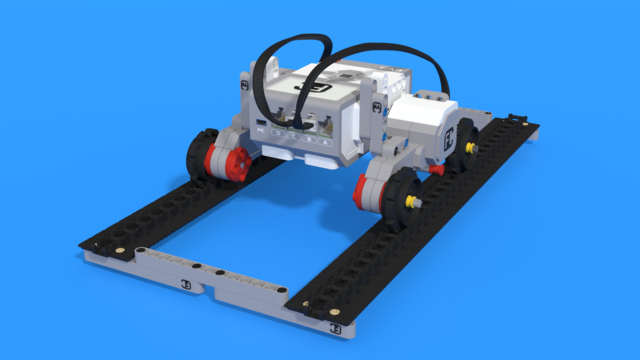 In the second level of Python for EV3 robots, students learn in-depth the touch sensor. The sensor is used as an input device for manual control of machines, as well as a sensor for autonomous robots. In a pair of lessons, students build a control panel for the grabber and the movement of a crane. Programming wise, students learn how to fork code with "if-else" constructions, how to create conditional and forever loops with "while" and how to negate conditions with "not" operator. In the end of the lesson, robots can detect obstacles and avoid them, so that they traverse a simple labyrinth.

How to create a numeric variable in Python

How to build a robot when working in pairs

How to add a costume to a sprite in Scratch